Now the serpent was more crafty than any animal of the field that Yahweh God had made. He said to the woman, “Has God really said, ‘You must not eat of any tree of the garden?’”

“Serpent.” The “serpent” is the Devil. Here in Genesis 3, the Devil is called the “serpent” (snake) by the figure of speech hypocatastasis (comparison by implication). Calling the Devil a serpent is similar to calling a sloppy person “pig,” or calling an overly cautious person “chicken” (for more on simile, metaphor, and hypocatastasis, the three main figures of comparison, see commentary on Rev. 20:2). Calling the Devil a “serpent” compares him with a serpent (snake), and assigns the characteristics of a serpent onto him, implying that he is an ambush killer who is sneaky, crafty, and deadly. We can correctly identify the “serpent” as the Devil here in Genesis 3 from 2 Corinthians 11:3 and Revelation 20:2.

Also, however, as we will see later in this study, the Hebrew vocabulary allows for the Devil to have actually appeared to Eve and Adam as a glorious “Shining One,” a glorious and powerful angel, yet still be called “the serpent” to portray his crafty characteristics.

The Bible never gives us the actual personal name of the Devil; the name he was given when God created him. We know the names of important angels such as Michael or Gabriel, but when it comes to the Devil, all the Bible gives us are appellatives and descriptions that let us know about his evil nature and his power. Many of the names in the Bible are given as “mini-portraits” of the person, and that is the case with the Devil. The “names” of the Devil portray him very well, names such as “Slanderer,” “Adversary,” “Opposer,” “Wicked One,” and “Dragon.”

Unfortunately, God calling the Devil the “serpent” here in Genesis has given rise to the tradition that the Devil came to Eve in the form of a snake, but that is highly unlikely. The name “the Serpent” is a fitting name for the Devil, and the sneaky, crafty way he approached Eve in the Garden of Eden made “serpent” the right name for him in that circumstance. Then, God gave references in other places in the Bible so readers would know “the serpent” was the Devil.

There are a number of reasons for not believing that the Devil came in the form of a snake, but came as a powerful angel, a “Shining One.” For one thing, Genesis 3:1 says, “Now the serpent was more crafty than any animal of the field that Yahweh God had made.” The Bible does not say “a serpent” or “serpents,” as if snakes were more crafty than the other animals that God created, but “the serpent” (the Devil), and indeed “the serpent” of Genesis 3 was more crafty than any of the animals, including snakes, because this “serpent” was the Devil, the “anointed cherub” of Ezekiel 28:14, a gorgeous and powerful angel.

Also, it seems clear that snakes could not talk before the Fall just as they cannot talk now. Thus, especially since Adam was with Eve when they sinned (Gen. 3:6), they would have immediately recognized that a talking snake was an abnormality from God’s creation and been suspicious of this new creature. The Devil did not want to arouse suspicion, but on the contrary, would have wanted to acquire immediate acceptance and trust, so coming as a talking snake would have been a disadvantage. Also, why would a snake question God? At this time before the Fall of Adam and Eve, snakes were part of God’s animal creation and were “good.” Furthermore, no snake would have known that Adam and Eve would be “like God” if they ate of the tree of the knowledge of good and evil. Thus the evidence is that the Devil did not appear in the Garden as a talking snake. In contrast to snakes before the Fall, the Devil was not good, already had characteristics that snakes would be known for after the Fall, and would have known about things about the spiritual world that Eve and Adam would not have known.

So while it is possible that the Devil could have taken on the form of snake, why would he? Since he would have been recognized by Adam and Eve as not being one of God’s created animals, why come as an animal at all? Adam and Eve knew about the angelic world, so it is much more logical that the Devil would come as the “Shining One,” an angelic being that lived in the realm of God and would have had knowledge that other animals would not have had,

E. W. Bullinger, the author of Figures of Speech Used in the Bible, recognized that the Devil did not actually come in the form of a snake, but as a shining, glorious being. He points out that the Hebrew word normally translated “snake” or “serpent” is nachash (#05175 נָחָשׁ), and that the “serpent” was in reality “the Shining One.” Bullinger writes: “The Hebrew word rendered ‘Serpent’ in Genesis 3:1 is Nachash (from the root Nachash, to shine), and means a shining one. Hence, in Chaldee it means brass or copper because of its shining. Hence also, the word Nehushtan, a piece of brass, in 2 Kings 18:4” (The Companion Bible: Appendix 19, “The ‘Serpent’ of Genesis 3”).

So, Genesis 3:1 records an actual historical event. The Devil came to Eve and Adam as “the Shining One,” a powerful representative of the angelic world. But since in the Hebrew language the word nachash (“shining one”) almost always means “snake, serpent,” God’s calling the Devil the nachash here in Genesis 3:1 both allows for the historical fact that the Devil appeared to Eve and Adam as a glorious “Shining One,” and is also represented in the text by the figure hypocatastasis as “the serpent,” the crafty and deadly ambush killer.

[For a list of the names of the Slanderer, see Appendix 14: “Names of the Devil”].

“crafty.” The Hebrew root word is arvm, which is a homonym (two words that are spelled the same but have different meanings such as the “bark” on a tree and the “bark” of a dog). The two meanings of arvm that are important for understanding Genesis are “naked” (Gen. 2:25) and “crafty” (Gen. 3:1).

The original ancient Hebrew text did not have any vowels except the Hebrew letters aleph and ayin, which are both “a.” The pronunciation and meaning of the original text had to be passed down accurately from generation to generation or much of it would be lost. Between the seventh and tenth centuries AD, a way of using little characters, which were mostly dots and dashes, and putting them before, after, over, under, and between the letters in the Hebrew text, was instituted to help people pronounce and remember the words. These characters are known as “vowel points,” and for generations now they have been in the standard Hebrew text known as the Masoretic Text.

If we illustrated the problem in English, an oversimplified example might be if the letters “HT” were in a manuscript. What is the correct way to put vowels with those letters to make words? In the case of the five English vowels, each of them can be used to make a different word: HAT, HATE, HIT, HOT, HUT. The words are totally different, even though the root, HT, is the same. Putting the vowels in the words helps us remember, and properly pronounce, the words.

Although the Masoretic vowel points are mostly undisputed, a lot of time passed between when Moses, Samuel, and others wrote the original autographs and when the vowel points were added; in some cases, more than 2000 years. So the vowel points are generally, but not universally, agreed upon, and they are not considered to have divine authority. This is one reason scholars often debate the meaning of a Hebrew word or phrase, and why translations of the Old Testament sometimes differ in places.

In the case of Genesis 2:25 and 3:1, the root word arvm is pointed with an “ō” when it is translated naked (arōm) and pointed with a “ū” when translated “crafty” (arūm). Although many scholars say these two words are built from different trilateral root words, the spelling of the root words in Genesis is the same: ARVM; ayin, resh, vov, mem; as any good lexicon will show.

Clear verses like Genesis 2:25 and 3:1 are not problematic; no one thinks that before they sinned Adam and Eve were “crafty” and the serpent was “naked.” But there are verses where it seems clear that both meanings—naked and crafty—are meant at the same time (Gen. 3:7, 10-11). In those situations, we can see the wisdom of God in authoring the text the way He did and choosing its vocabulary. By using a homonym like arvm, God can put both meanings into one verse in a way that the wise and studious will see it, but someone who is not deeply reading the text will miss it entirely. This is in line with Proverbs 25:2 (REV): “It is the glory of God to conceal a matter, but it is the glory of kings to search out a matter.”

When Adam and Eve sinned, they took on the very nature of the Devil: they became “crafty,” like the Devil. Furthermore, they knew they were arvm, both “naked” and “crafty.” Today we call our inner craftiness the “sin nature,” and it is why every human has to be saved. We do not know the mechanism by which Adam and Eve took on the crafty nature of the Devil, but we see its effect immediately. They became afraid of God, and they lied to Him. The books of Romans and Galatians have a lot to say about our human sin nature and why we need salvation through Jesus Christ. [For more on our sin nature, our “crafty” nature, see commentary on Rom. 7:17. For more on man becoming both naked and crafty, see commentary on Genesis 3:7]. 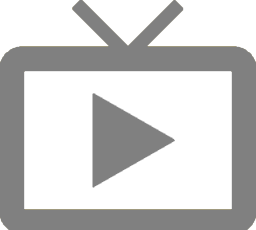 Was the serpent in the Garden of Eden a literal snake? Figures of speech in the Bible answer this question. The Hebrew word for snake, “nachash”, or shining one, also reveals the devil’s appearance. Through understanding the use of language, we learn that the Biblical account of the serpent in the Garden of Eden is an actual event and not a fable. The devil’s tactics then are the same he uses today.