Jesus made a very plain and simple statement in Matthew 5:5: “The meek will inherit the earth.” In point of fact, Jesus did not invent that statement, but he quoted Psalm 37:11. Many of the Jews of Jesus’ time had lost sight of the hope that Israel would be restored on earth, and the situation is the same today. The simple meaning of Matthew 5:5 has been lost due to the traditional teaching that saved people live in heaven forever after they die. Actually, what the Bible teaches is that Jesus Christ will come down from heaven to the earth, fight and win the Battle of Armageddon, and set up his kingdom on earth, which will fill the whole earth (Ps. 2:8; 72:8-11; Dan. 2:35; 7:14; Micah 5:4; Zech. 9:10; Rev. 2:8; 19:11-21). He will set up his palace in the newly rebuilt Jerusalem, and for 1,000 years reign over all the earth. All those people who have been saved will be there because they will have been raised from the dead. Many scholars refer to this 1,000-year kingdom as the “Millennial Kingdom.” It is the “Kingdom” that Jesus spoke about so often when he taught about “the Kingdom of God.” After the 1,000 years are over there will be a great war (Rev. 20:7-10). Then there will be the second resurrection, and after that the Everlasting City will come down from heaven to earth, and all the saved people of all time will live in it forever (Rev. 21:1-4).

Matthew 5:5 speaks of the “meek,” who are the people who have not been self-willed or selfish, but instead have believed and obeyed God and thus gotten saved. Those meek people will “inherit the earth,” meaning they will get to live on earth. That makes perfect sense because God’s original plan was that mankind would live on the earth. He created Adam and Eve, put them on earth in Eden, and told them to multiply. His intent was that mankind would fill the earth. The Fall from Eden ruined the earth, but it did not change God’s plan, which will be fulfilled in the future when Jesus comes down from heaven and sets up his kingdom on earth. After Jesus conquers the earth there will be the Resurrection of the Righteous, when righteous people like Abraham, Moses, David, Miriam, Deborah, and Ruth, will get up from the dead, and they will be a large part of the people who then populate the earth.

When Jesus said, “The meek will inherit the earth,” he was not teaching new doctrine. He was confirming and reestablishing for his day and time the clear teaching of the Old Testament that had been lost—and sadly is still lost today for most Christians. The Old Testament said that God will destroy the wicked, but the righteous will inherit the earth.

These verses are a small sampling from among the many verses in the Bible that indicate the everlasting home of Israel and all of the saved people will be the earth. The Bible teaches us that our everlasting future is on earth in many different ways. Some verses specifically speak about being on earth, such as Psalm 37:9, 11, 29. Others are wishes for the future, such as the psalmist’s cry, “May sinners vanish from the earth and the wicked be no more” (Ps. 104:35). Some verses mention the attributes of the future earth, such as Isaiah 41:18, which speaks of places that are now deserts being places with springs and pools of water. Others speak specifically of the Kingdom on earth, such as Daniel’s interpretation of Nebuchadnezzar’s dream. In the dream, the rock that smashed all the other kingdoms will “fill the whole earth” (Dan. 2:35). Others are prophecies of the future that speak of things such as each person having his own vine and fig tree and of swords being made into plow blades, which are then used to cultivate the earth (Mic. 4:3-4). All these prophecies are visions and prophecies of the earth, not of “heaven.” In contrast to these clear prophecies about a future life on earth, there are no prophecies about life in heaven in the Bible, and the reason for that is simple and profound: we will not spend eternity in heaven, we will be on earth.

God blessed Abraham by promising him that his descendants would get the land forever. In fact, the reason that the land of Israel is commonly called “the promised land” is that God “promised” it to Abraham and his descendants (cp. Gen. 13:15; 15:18; 17:18). God does not lie (Titus 1:2), so one day His promises must be fulfilled. Since Abraham is dead, the only way that God’s promise to him and his descendants can be fulfilled is that God will give the Promised Land to them after they are resurrected, and that is what the Bible says will happen (Ezek. 37:12-14). Similarly, God stated many times that His king, the Messiah, would reign on earth from Jerusalem on Mount Zion (cp. Ps. 2:6-8; 110:1-2; Isa. 2:1-4; 9:6-7; 24:23; Jer. 3:17; Micah 4:1-3; Zech. 8:3), but Jesus never ruled as king in his natural life on earth. Nevertheless, God’s promises will not fail and Christ will come back to earth, conquer it, and reign as king from Jerusalem just as the prophecies say.

Another reason to believe that everlasting life will be on earth is that all the prophecies relating to the activities of Israel in the future are tied specifically to the earth. These include:

Not only is the earth going to be the home of believers, it is going to be their home forever. Psalm 37:29: “The righteous will inherit the land and dwell in it forever.” The first 1000 years of that “forever” will be in the Millennial Kingdom, the rest of it will be spent on earth in the New Jerusalem (Rev. 21-22). Since the earth is going to be restored to its Paradise state, and be the home of so many people, it is natural for people to think that eventually the Millennial Kingdom of Christ will, like this earth, degenerate to being a polluted and politically corrupt place with poverty, hunger, and misery. It will not. Jesus will rule the earth with a “rod of iron” to make sure that does not happen (Ps. 2:9; Rev. 2:27; 12:5; 19:15; 20:4, 5 KJV). Some of the clear promises about the Kingdom on earth are:

Still more evidence that the Kingdom will be on earth is that the jobs that are described in the Kingdom are jobs that we are familiar with on earth. The Bible specifically mentions many jobs in Christ’s world-kingdom, some having more honor, some having less. These include:

The Bible does not name every job in the future kingdom of Christ. Enough are named to show us that the kingdom will be similar in diversity and needs to earthly kingdoms and nations of today. 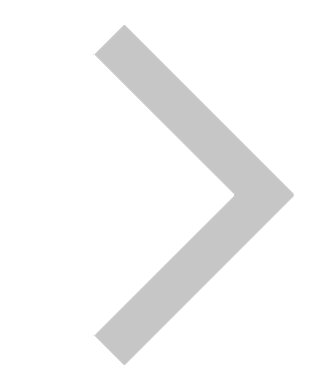